The Wonders of North Carolina 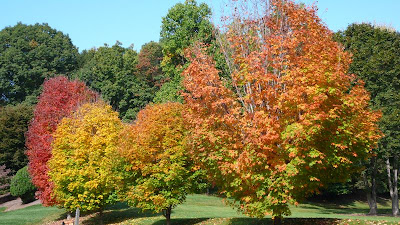 The ocean is never far from my thoughts these days, but being a native North Carolinian, I know that our state has much more to offer than just our coastal paradise. While some of us are not very interested in snow, those who want cold weather and snow can easily find it in the North Carolina mountains or in neighboring states. My wife and I have a second home in the Virginia mountains which are less than six hours driving time from coastal North Carolina. We get to see the change of seasons across the Piedmont region and up into the Blue Ridge mountains. One of the reasons the Crystal Coast is such a great spot for retirement is that North Carolina and its neighboring states have so much to offer residents.

I was very fortunate one summer in college years ago. I did not have to work, and I got to spend the summer going between the beach and the mountains. We were living in Mount Airy, North Carolina which is just a couple of miles south of the Virginia border. I would drive down the Outer Banks and pitch a tent in the Ocracoke campground. After five or six days of sun and sand, I would head back home to restock and grab some different fishing tackle for a camping trip to the Pisgah National Forest and the Black Mountains.

It was a memorable summer, including the one night I spent in the only motel on Ocracoke at the time so I could see man's first step on moon.

It is not unusual to find coastal folks with second homes in the mountains. The Boone and Blowing Rock area which is less than six hours by car is popular with many people. Then of course there is Asheville which is around one half hour farther west. It is a North Carolina tradition to visit the Biltmore Estate and see their Christmas decorations.

Of course there are plenty of other places to visit in North Carolina, like Old Salem in Winston-Salem, the wonderful museums in Raleigh, or the wilderness of Linville Gorge.

There is never a shortage of things to do. We have a great tradition of college sports, both football and basketball. There was a rumor when I was young that your favorite basketball team had to be declared on your birth certificate. Fortunately I discovered that was not the case.

As a youngster in North Carolina, I enjoyed Tweetsie Railroad, the Great Smoky Mountains, Linville Caverns, Chimney Rock, Grandfather Mountain, and multiple trips down the Blue Ridge Parkway. We also ventured into Gatlinburg, Tennessee many times.

Since we lived so close to the Virginia border, it was easy to take advantage of all the history that Virginia offers. Even from the Crystal Coast, Lexington, Virginia and its wealth of Civil War history is less than seven hours by car. Williamsburg and all that it has to offer is under five hours from Carteret County.

Still you could be like my wife and I who have found plenty to do right here on the coast. Whether it is visiting Tryon Palace, enjoying the Maritime Museum in Beaufort, or watching a Civil War battle at Fort Macon, we have found lots of fun things without traveling hours.

That is especially true during the fall festival season. I was very impressed by the crowds at the Swansboro Mullet Festival this weekend. We were not here for the rainy Saturday, but Sunday was definitely a success.

I like to think the North Carolina has something for everyone, from the Appalachian Trail to the Historic Barbecue Trail. It is a great state with plenty to keep you busy during an active retirement.
Posted by Ocracokewaves at 6:51 PM