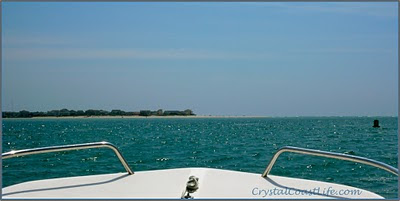 March has been a fickle friend to most of us in North Carolina.  While we have seen some stellar weather the third week of March, a last blast of cold air has sucked the warmth out of the land and the area's waters.

It is hard to go from shorts and temperatures in the eighties back to temperatures that seem to refuse to get out of the forties.  I was in full spring mode, taking long walks along the beach, testing the local waters for some early fish, and even paddling my kayak well out into the river.

The change in the weather did not worry me at first.  It seemed that the temperatures being called for didn't match what I was seeing.  March 25 and 26, we easily got into the sixties when the weathermen were adamant that we would not get out of the fifties.

Then the bottom fell out on Sunday, March 27.  We got up to temperatures in the mid-forties, and even worse, the temperature trended down all day.  I would not be surprised to see us in the upper thirties March 28.  That would be a very cold temperature for the Crystal Coast late in March.  I suspect the waters cooled off once again.  Once the waters have lost their heat, there is nothing to moderate the cold breezes from the north.

With cooler weather deflating my spring expectations, the only relief is to resort to dreams of summer moments that bring back warmth and the beautiful colors of the area's waters.  I know this short spell of cool weather is only a temporary setback, but it helps to visualize great summer moments while we are enduring the cold air.

One of the great trips that we took last summer was when we went out the channel from the Intracoastal Waterway to Hammocks Beach and then cut behind the beach and made our way over to the Inlet by the Point at Emerald Isle.  This large set of photos was taken to help folks unfamiliar with the area safely navigate from the ICW or dock at Hammocks Beach on Bear Island to Bogue Inlet.  They also help me forget the cold of late March.

Somehow I always associate the Point at Emerald Isle with warmth and summer. I suspect it is because I never venture over unless the weather is nice.  Thinking about good times at the Point is a great way to forget these cool spring temperature.   Another batch of photos that I like to look at when summer seems far away is this one of ocean waves that caught the light just right.

With lots of photos in my memory and the recent thought of our first fishing trip of the season, I will make it through to April which I hope brings us warmer temperatures. It cannot happen soon enough.

I checked back to last year, and it was in February that I started dreaming about beaches to keep my morale up.  In early March last year, I started thinking about boat trips.

While I have been on the water more and earlier this year, the recent reversal in weather still means that this year the cold has continued a little longer than normal.  Last year at this time I wasn't worried about my tomato plants. Worrying about frost at the end of March pretty well fits with this year which many people are calling the coldest winter on the Southern Outer Banks in one hundred years.
Posted by Ocracokewaves at 6:53 PM