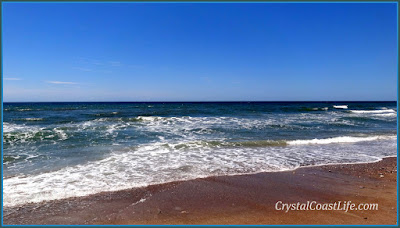 Here is a link to some pictures of the beaches near the Point at Emerald Isle. If after visiting, you decide you love the area and want a place here, I can help with that also.  Just check my real estate site and remember that having a REALTOR® who walks the beaches is actually an advantage.
Posted by Ocracokewaves at 5:55 AM