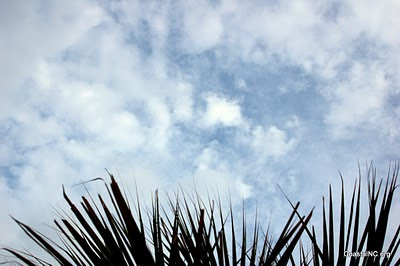 Well I can say that I am really glad that the blue sky that I saw early this morning was at least accompanied by warm temperatures.  Had this much moisture shown up two weeks ago, we might still be digging out from our snowstorm.  While the blue sky didn't stay with us, the warmth has.

It pretty much rained all yesterday, but when I walked out on the dock this morning the rain had stopped, and I was impressed with the temperature change.  It was a big improvement from the thirties yesterday morning when it was not only damp on the dock but also cold.  We just barely made it into the low forties yesterday afternoon.

Just before noon today, we had managed to sneak up to slightly over 60F which at least makes all the wind and rain not so bad.

We have just come out of January.  It is typically our month with the least percentage of sunshine (55%).  Even then we don't normally get two back to back days of rainfall.  The good news is that by the end of February, we are usually enjoying 60% sunshine on the way to our peak in April, so hopefully this rainfall will just be a damp memory in a week or two.

I have my tomato seeds on order,  and I am ready for spring and maybe some fishing.  I checked our rainfall gauge when I had lunch, and we are approaching 2.25 inches.  It should take care of any lingering drought here along the coast at least for a while.

There are lot of areas south of us for which this rain is very welcome.  I know a mountain valley up in Virginia which would love  this rain.   I guess we will take what we can get since we will likely need it later in the spring as the growing season starts.  If it stays warm, we could get strawberries in late March or early April, but the earlier cold weather could make them slide to later in April.

The average high for the first five days of this February  this year comes out to 57 degrees.  That is a welcome change from our recent weather.  It is nice to have some relief from the cold and ice breaking adventures.

I never would have guessed that the Dallas-Fort Worth area would be fighting five inches of snow the day before the SuperBowl.

We got one more peak at blue sky earlier this afternoon, we have now returned to wind, clouds and mist, but it is still warm.
Posted by Ocracokewaves at 12:39 PM