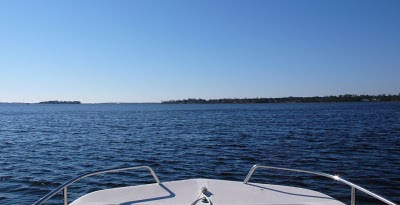 It is often said that February is the cruelest of months. We certainly found it that way when we lived in the north. February there would crush all of your hopes of warmth. Here on the Carolina coast the second month of the year often teases us and makes us think that spring is already here. Just when we are convinced that there were will be no more cold temperatures, some will show up. This February has been the reverse. We saw the cold temperatures earlier, but our warm coastal weather returned in force this weekend. Many of us were convinced that it was time to wear shorts again. I found out quickly that the cool water over at the beach will continue to limit beach walks in shorts. Still the warm weather is infectious, and today a fishing buddy and I decided to make a midwinter statement. We went fishing.
While some ladies that I know go shopping to get their minds off of things, fishermen often go fishing to do the same thing. In both cases success is not measured by what you bring home, but by how the activity clears your mind.

When I got up today, I was sorry to see clouds as I had hoped for sunshine for our first fishing trip of the season. The weather did not seem to be heading for the predicted high temperature either so early in the morning I called my fishing buddy and told him that we would wait until later in the day to see how the weather, winds, and tides were cooperating.

We were both hoping to get on the water. Our hopes were not based on the expectation that we would catch anything. It was just important for us to put a stake in the heart of winter thoughts. Going fishing even without catching fish would accomplish that.

By 1 PM we had reconciled ourselves to a less than perfect day on the water, but we were pulling away from the dock at that point. Given the cool water temperatures and the open nature of my skiff, we decided against a run down to Swansboro. We often stay up in the White Oak River and catch plenty of fish for entertainment. We are mostly catch and release fishermen though once in a while I will decide to take something home for the pan.

Today there was no danger of taking a fish home. We fished for over an hour and one half with almost no results. Our first catch of the season turned out to be an ornery blue crab.

Finally as the winds picked up and the sun refused to come out from behind the clouds, we headed back to the dock. The scenery was not nearly as pretty as it was Monday when I snapped the picture in the post, but sometimes just being out on the water is all that you need to clear your head.

We accomplished just what we wanted to do today. We managed to banish winter from our thoughts. We will work harder on catching fish the next time.
Posted by Ocracokewaves at 5:44 PM