The Pride of Living Here 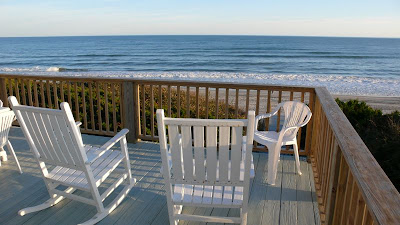 When you move to a wonderful spot like the Crystal Coast, you can expect your old neighbors to come for a visit. Having visitors was one of the things we thought about before moving to Carteret County. We were certain we would have not trouble entertaining our friends. That has turned out to be the case. The neat thing is that our coastal county has so much to offer that having visitors can be a real treat instead of a headache. It is actually easy to have a number of visitors and not have to do the same things over and over. There are so many unique places and events that it is very easy to be proud of living in Carteret County.

Of course all visitors are different. Our first friends to visit came to us from Boston. We had not seen them in years. Actually it had probably been over thirty years. When they last visited us, we were still running a cattle farm in Canada in late seventies. Still we had stayed in touch and were excited about having them visit. I mapped out a suggested route for them which took them from Assateague Island across the Chesapeake Bay Bridge-Tunnel and then over to Nags Head. From there they traveled down to Hatteras and took the ferry to Ocracoke and eventually caught the other ferry to Cedar Island. It took them less than an hour and one half from Cedar Island to Cape Carteret.

They had chosen to come visit us in late April when there was still snow on the ground in the Boston area. I had hoped the weather would warm as they drove south. Unfortunately it was in the forties on Assateague and only in the fifties on the Northern Outer Banks.

Luckily by the time they got to Ocracoke temperatures had warmed to the sixties, and when they got to Cape Carteret, we were firmly entrenched in the seventies. When you come from snow covered lands, the first thing you want to see is the beach. While they had driven along a lot of beaches before they reached us, the beaches on Emerald Isle were the first where the weather had been warm enough to enjoy. They were enthralled with shells, so we took them to Third Street Beach on Emerald Isle where we find the shelling a little better most times.

Since one of our visitors continues to love history, we decided a visit to Beaufort was in order. There is nothing like wandering the streets of Beaufort to give you a sense of history. There happened to be a crafts fair that weekend so things were even more festive. Of course there are plenty of shops in Beaufort. If you are clever, you can only take your visitors to a few stores so you don't have to go in the same shops all the time.

Any time you have visitors, food ends up being part of the equation. While we enjoy eating out, we also like sharing meals made with some of our area's bounty. One of our favorite cook at home meals for guests happens to be lump crab cakes. I buy some lump crabmeat from one of the local seafood shops. I pack it in ice even in the refrigerator since someone told me that crab needs to be kept very cold. My wife just follows the recipe on the Old Bay seasoning and broils them. One can of lump crabmeat makes enough crab cakes for four adults. If we can get it, we like to serve asparagus with it. We will often have some fresh Carteret shrimp as a cocktail before the meal. With our friends from Boston we were able to add fresh strawberry shortcake using fresh berries from one of the local farms.

Sometimes we get visitors who would like to enjoy the beaches like they were before they became developed. It is then time to take a trip up to Harker's Island and take one of the ferries over to Cape Lookout. It is a very inexpensive ride and lots of fun.

My daughter came to visit this spring, and we had a wonderful day up at Tryon Palace in New Bern. The flowers were unbelievable.

We had one set of friends who had heard us talk about the spring Swansboro Oyster Roast. They came to visit just so we could go eat as many steamed oysters as possible. I had to teach them how to efficiently separate the the oyster from its shell, but we had a great time.

Then there were friends from Oklahoma who wanted to go salt water fishing. They did not have to twist my arm on that one. It only took a few minutes before my friend was catching croakers while we drifted through Swansboro Harbor.

One of the popular things that we do with visitors is to go hiking on the Tideland Trails at the Cedar Point Croatan Park access point. It is sheltered enough that hiking in the cooler months is still a lot of fun. Sometimes we also take people to watch the sunset over Bogue Sound from Emerald Woods Park on Emerald Isle.

Often we will grab breakfast at Yana's in Swansboro and let the ladies wander the shops there. There are just enough shops there to walk off a meal.

There are lots of other favorite spots that we enjoy sharing with our visitors. Among the favorites are Maritime Museum in Beaufort, the Aquarium in Pine Knoll Shores, Fort Macon, and the Museum at Hammocks Beach.

Since I am a real estate agent, a fair number of our guests are interested in looking at homes in our area. With many of them thinking about downsizing and moving to a low cost area for their retirement, I am always glad to oblige.

We often save for last our favorite stretch of beach which is over near the Point at Emerald Isle. The wide flat stretches of beach there are almost intoxicating for people who have just come from a snowy area. In fact when we took our friends from Boston to the beach the day before they left, I thought they were never going to leave the beach. It was one of those warm spring afternoons that we get so often get along the Crystal. I think we were there for over three hours.

It was a perfect afternoon and as they waded in the water, I was proud of living in such a special place like Carteret County. It just happens to be one of the neatest spots to live on the east coast.
Posted by Ocracokewaves at 6:49 PM